Zeynep Devrim Gürsel is a media anthropologist whose scholarship involves both the analysis and production of images. She is the author of Image Brokers: Visualizing World News in the Age of Digital Circulation (University of California Press, 2016), an ethnography of the international photojournalism industry during its digitalization at the beginning of the 21st century, based on fieldwork conducted in the United States, France and Turkey.   Set against the 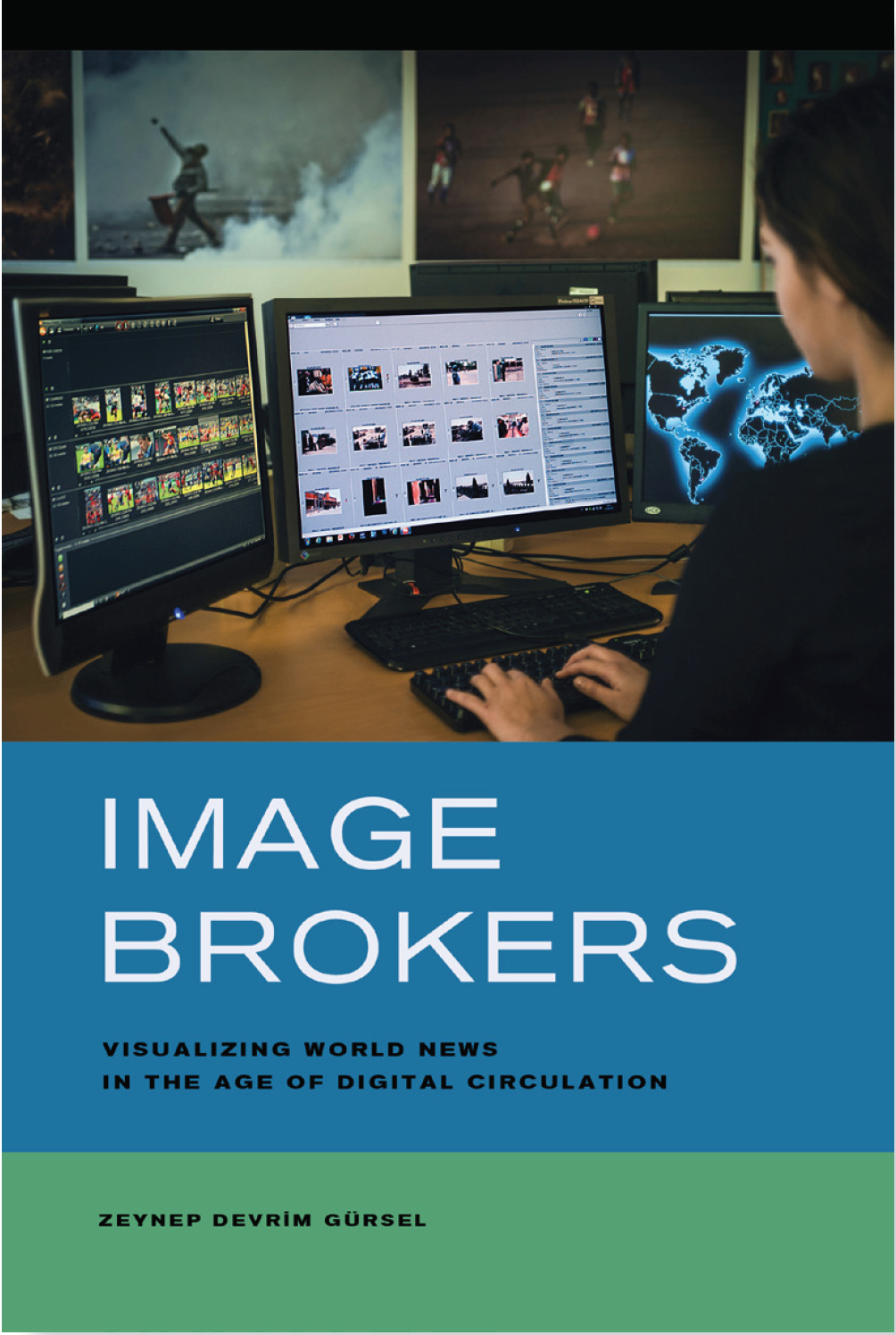 backdrop of the War on Terror and based on several years of fieldwork conducted at photojournalism’s centers of power, Image Brokers offers an intimate look at newsrooms covering the American wars in Iraq and Afghanistan among other global news. At the turn of the 21st century, image brokers—the people who manage the distribution and restriction of news images—found the core technologies of their craft, the status of images, and their own professional standing all changing rapidly with the digitalization of the infrastructures of representation. From corporate sales meetings to wire service desks, newsrooms to photography workshops and festivals, Image Brokers investigates how news images are produced and how worldviews are reproduced in the process.

Gürsel is also the director of Coffee Futures, an award-winning ethnographic film that explores contemporary Turkish politics through the prism of the everyday practice of coffee fortune telling.  (www.coffeefuturesfilm.com)

Since 2009 she has been researching photography as a tool of governmentality in the late Ottoman period.  Specifically she is investigating photography during the reign of Sultan Abdülhamid (1876-1909) from medical imagery to prison portraiture to understand  emerging forms of the state and the changing contours of Ottoman subjecthood.  During 2018-2019 she was a NOMIS Fellow at eikones Center for the Theory and History of the Image in Basel, Switzerland.  Her current project, Portraits of Unbelonging, is the first in-depth exploration of the official role of photography in the history of Armenian emigration to the United States.

How has photography policed borders and differences? How do photography and statecraft intersect in the making and unmaking of citizens? Portraits of Unbelonging is a double-sided history of migration, examining one of the first uses of photographs to police borders. It studies the history of Ottoman Armenian emigration from the Ottoman east to the United States from the politically fraught and often violent 1890s to the end of Abdülhamid II's reign in 1909.

Like each individual terk-i tabiiyet photograph, the official document used in the renunciation of Ottoman nationality for emigration, the project faces two directions; it links an Ottoman past to an American future. Portraits of Unbelonging traces the stories of emigrant families over a century – from the bureaucratic files that unmade Ottoman subjects, to the ship manifests that tracked their migration routes, to the census and naturalization records that documented their new lives as immigrants then citizens in the United States, to the family albums of their descendants living today. It is a history of mass migration on an intimate scale.

"Classifying the Cartozians: Rethinking the Politics of Visibility Alongside Ottoman Subjecthood and American Citizenship"
This is an original manuscript of an article published by Taylor & Francis in photographies on September 18, 2022, available at: https://www.tandfonline.com/doi/full/10.1080/17540763.2022.2108886
pdf Click for article (12.93 MB)

“The Politics of Wire Service Photography: Infrastructures of Representation in a Digital Newsroom” American Ethnologist 39 (1) 71-89. 2012